I know only bits and pieces of Lomax Gwathmey: newspaper clippings saved by adoring Fleming great aunts; some heresay regarding his last years and untimely death; and, just recently, I received a few photographs of him as a very young boy at Green Mont that came through Mike Harris from his mother’s photo albums.

Minor Sadler “Mike” Harris, although less than 3 years his senior, was actually Lomax’s uncle. Mike was the only child of the youngest Fleming, Anne Cameron Fleming (Harris). Lomax Gwathmey Jr. was the first child of Mikes cousin, Harriot Downman Carter (Gwathmey) and the first grandson of the eldest Fleming daughter, Frances Lee Fleming (Carter). Mike was the last of his generation. Lomax was the first of his.

Then there are a series of newspaper articles which I have attempted to put in chronological order. 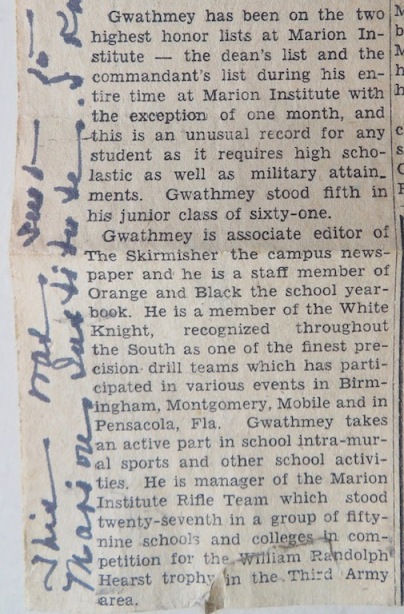 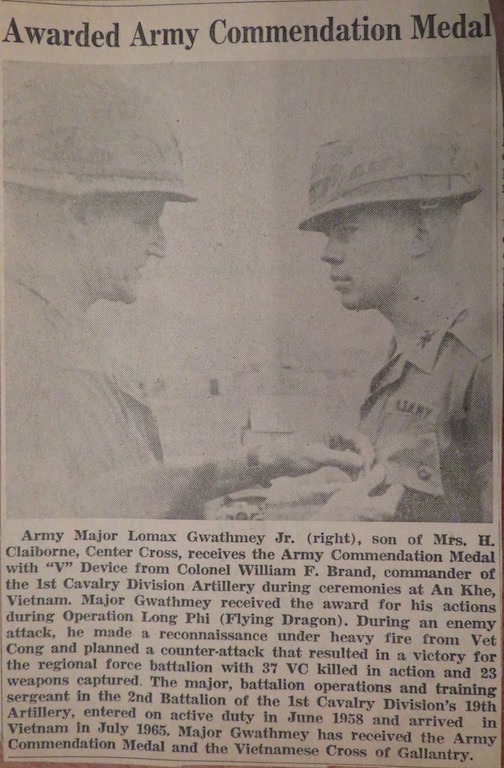 Before his death on May 22, 1970 at age 33, Lomax had reached the rank of Lt. Colonel (the same rank his father, Lomax Gwathmey Sr., had attained). It has been suggested that Lomax’s death may have been the result of exposure to Agent Orange, an extremely toxic chemical defoliant used extensively by the US during the later years of the Vietnam war, but this is just speculation.

That is all I have.

One thought on “Lomax Gwathmey Jr.”